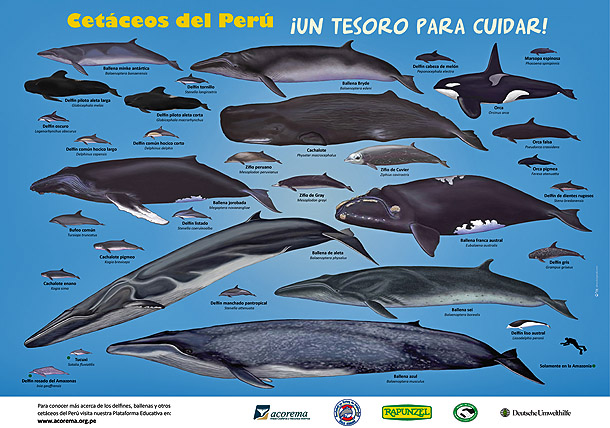 The International Whaling Commission (IWC) (www.iwcoffice.org) s an organization comprised of 89 countries, including Peru. Although from its inception in 1946 the mission was to regulate the hunting of larger species of cetaceans such as whales and the sperm whales, in recent decades the IWC has played a crucial role in promoting the conservation of whale stocks around the world, managing to establish a global moratorium on commercial hunting of these marine mammals. Sharply divided into two opposing blocs, the presence of Latin American countries with clear positions toward whale conservation is vital to strengthen the group of countries working to curb the interests of Japan, Norway and their allies who are in favor of whaling.

All species of whales and the sperm whale - a total of fifteen species, eight of which are presented in Peruvian waters - are under direct jurisdiction of the International Whaling Commission.

This year between July 02 to 06, representatives from member countries of the IWC will meet in Panama City (64 Annual Meeting of the International Whaling Commission) in order to define the future of whales.

In 2012, important initiatives such as the proposal for the creation of the South Atlantic Whale Sanctuary and the definition of a quorum, among others, will guide the direction this international organization will take during the next few years for cetacean conservation. Similarly, the renewal of aboriginal whaling quotas, including the humpback whale quota for Greenland, a population of whales that is used in the Caribbean for whale watching poses a serious threat to the interest of countries in Latin America and the Caribbean that some years ago made a choice for the non-lethal use of cetaceans.

In order to bring the voice on behalf of whales and ocean life to representatives in countries of our region, we invite all individuals and institutions to add their signature to the Zero Whaling Campaign (Campaña 0CazaDBallenas). Just click in www.cerocazadeballenas.cl 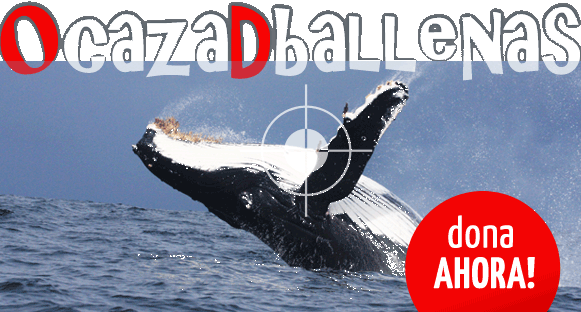 In 2010 0cazaDballenas gathered more than 25,000 signatures that were essential to stop whaling agreement that sought to eliminate the moratorium on commercial whaling and legitimize the so-called "scientific whaling" of Japan in the Southern Ocean Whale Sanctuary. In 2011, about 30 thousand signatures stopped a resolution that would have given the whaling nations the power to stop the adoption of any conservation measure.

The challenges in 2012 to ensure effective protection of whales in the coming decades are increasingly complex, so that the participation of all is vital to disseminate widely the campaign and increase the number of people and institutions who add their voice in defense for the life of these extraordinary giants of the sea.

Support from Peruvian citizen for a world free of whaling is a key to strengthening the right of all mankind to use marine mammals without killing them or harm them (non-lethal use).

Sign up now and share this message of citizen action for the whales. We count on your support!. 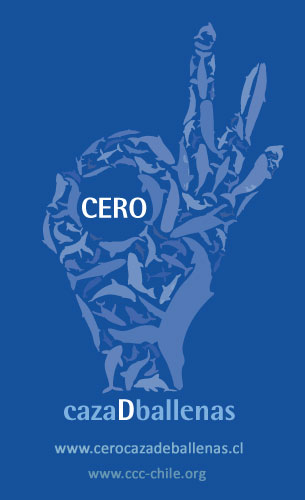 Latin American countries and Civil Society together for the whales

The 63rd Annual Meeting of the International Whaling Commission (IWC) will take place in Jersey (United Kingdom). Here, member states will take important decisions about the future of whales worldwide.

Since 2005 ACOREMA joined a coalition of Latin American and Caribbean organizations from the civil society linked to conservation and promotion of research and non-lethal use of cetaceans. Together with the countries of Argentina, Chile, Colombia, Costa Rica, Ecuador, Panama, Peru, Mexico, Dominican Republic and Uruguay (comprising a block named The Buenos Aires Group, or GBA), the Coalition is aimed to sustain a firm position favoring the worldwide moratorium on whaling and implementation of measures to improve the conservation status of these marine mammals. Last month, the Coalition released the “Declaración de las Organizaciones  de la Sociedad Civil de América Latina al Grupo de Buenos Aires. 21 de junio 2001”; from the other side The Buenos Aires Group stated its position through the “Declaración emitida por los países participantes de la VIII Reunión del Grupo de Buenos Aires, Argentina frente a la 63 Reunión de la CBI”. Besides these statements, there are several actions in which individuals and institutions can express their decision to support whale conservation. This is a crucial moment for whales. Your participation is vital. Join the Campaña Cero Caza de Ballenas (Zero Whaling Campaign). Sign now at www.cerocazadeballenas.cl

The Peruvian sea has a great diversity of cetaceans, comprised by 30 species, from which 8 species of large cetaceans are under IWC jurisdiction. This is the full list of cetaceans recorded in Peruvian waters.